How can I approve an edit to $\LaTeX$ when the preview is not shown?

I was just presented with a suggested edit to my $\LaTeX$ code, but the preview was not shown. Thus, it was not easy for me to check that the code would render properly and what it would look like (also seeing as I did not recognise the environment that the editor used). I just had to accept it in blind faith that it would turn out okay. I think the preview needs to be shown, the reason for which is obvious in this case. I haven't been on Math.SE for a while, so I can't remember how the suggested edits are presented there. 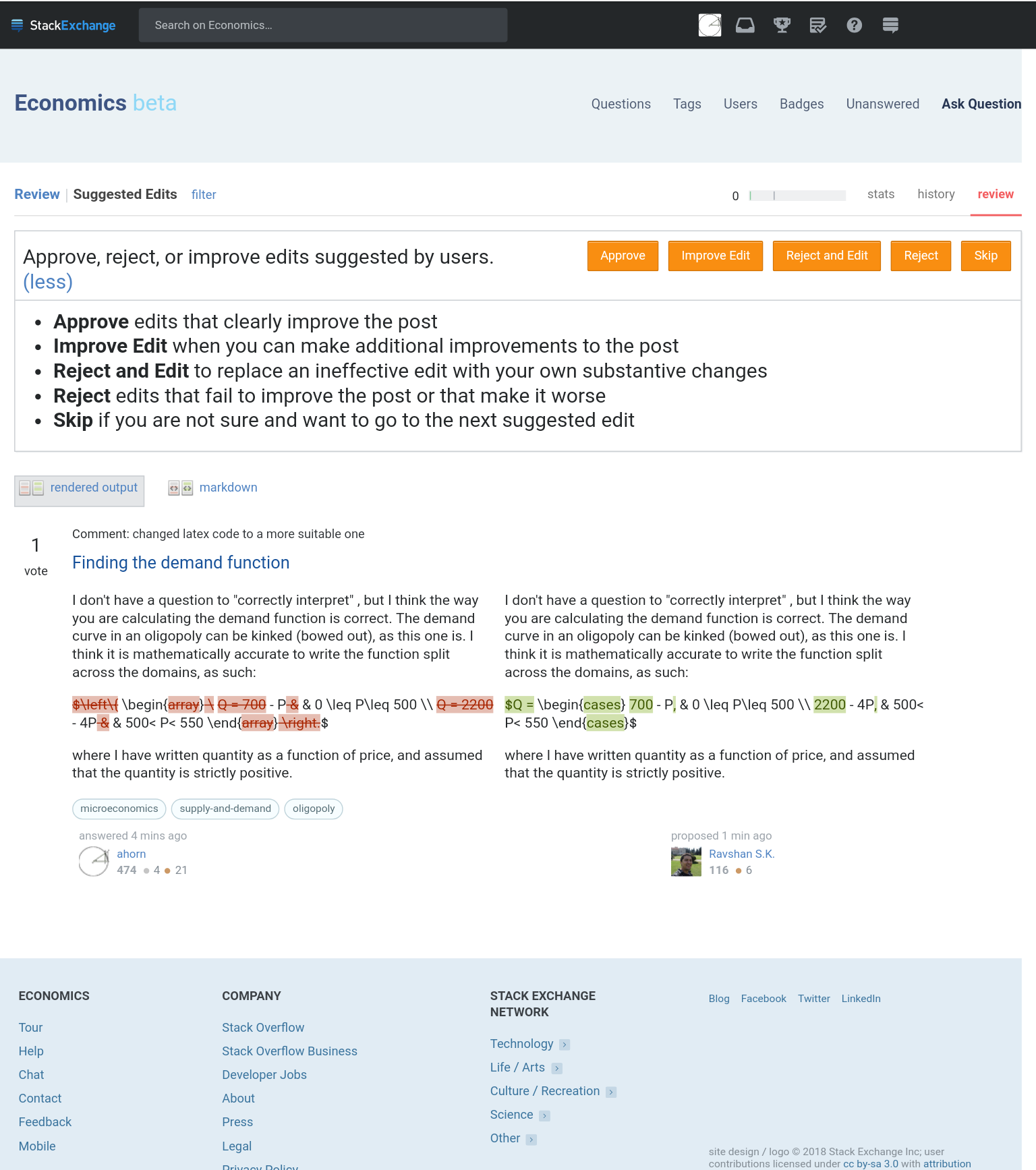 7
Requesting MathJax/Latex Support
2
Policy on posting surveys to the site?
17
Removing the beta label from Economics.SE